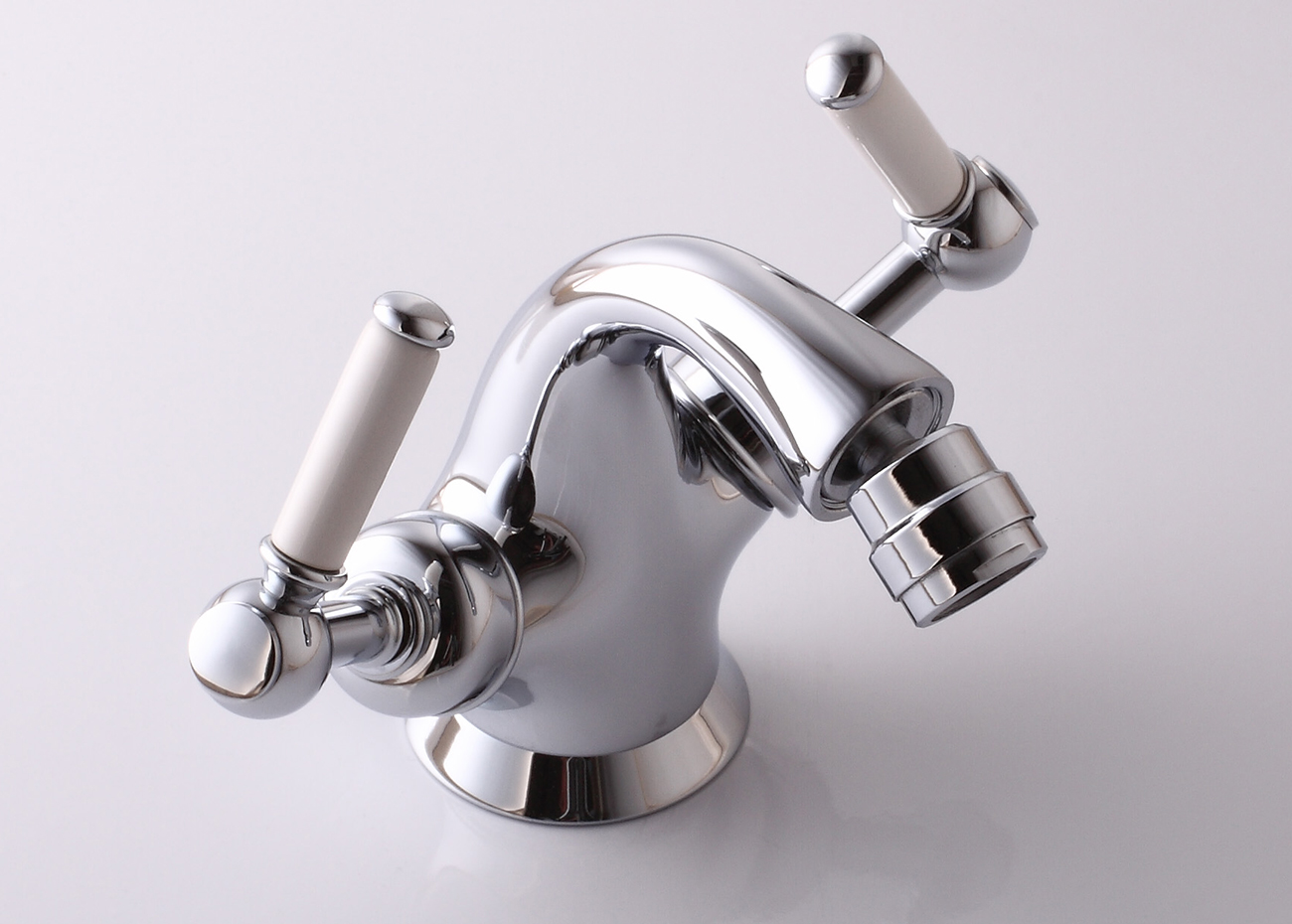 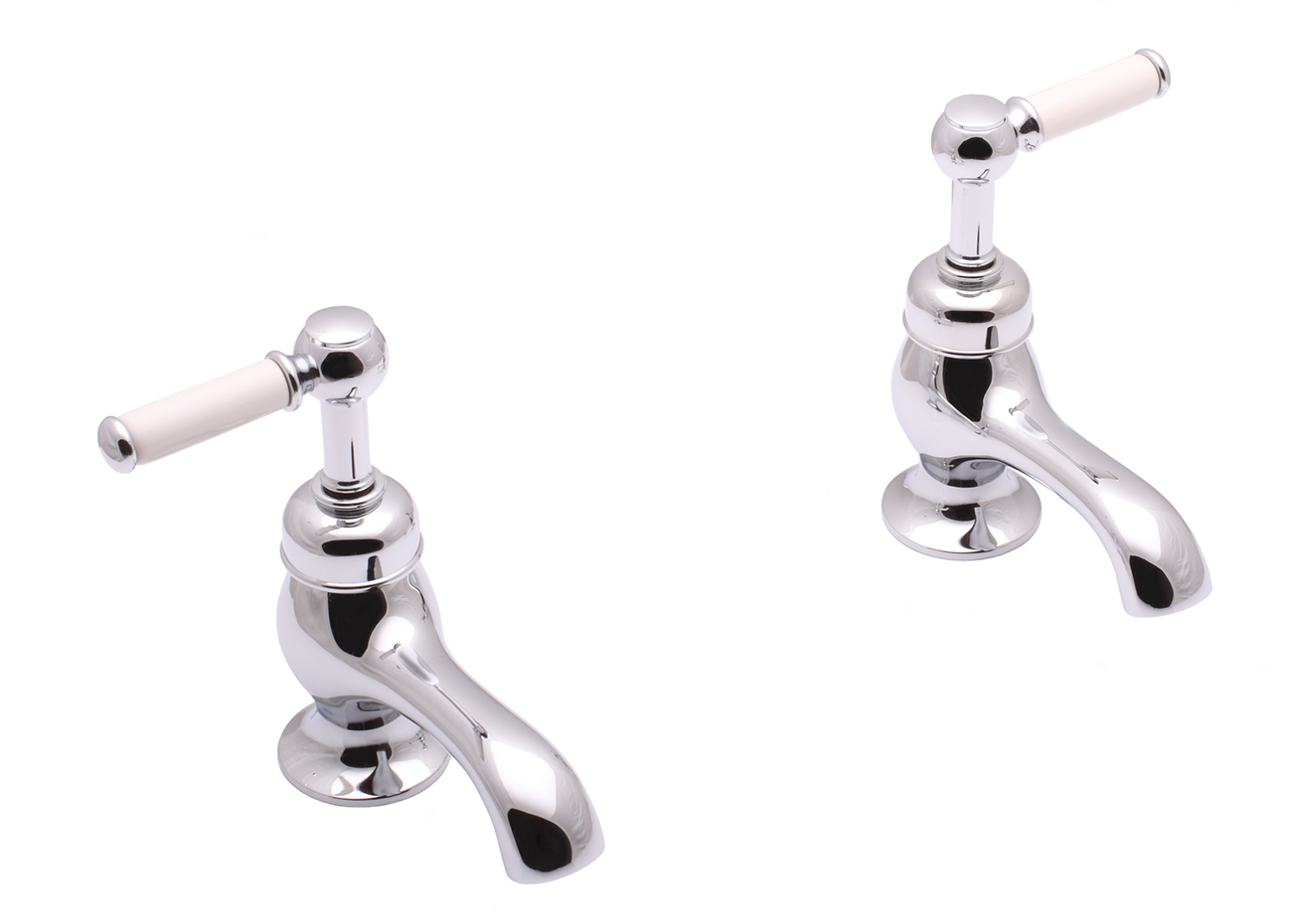 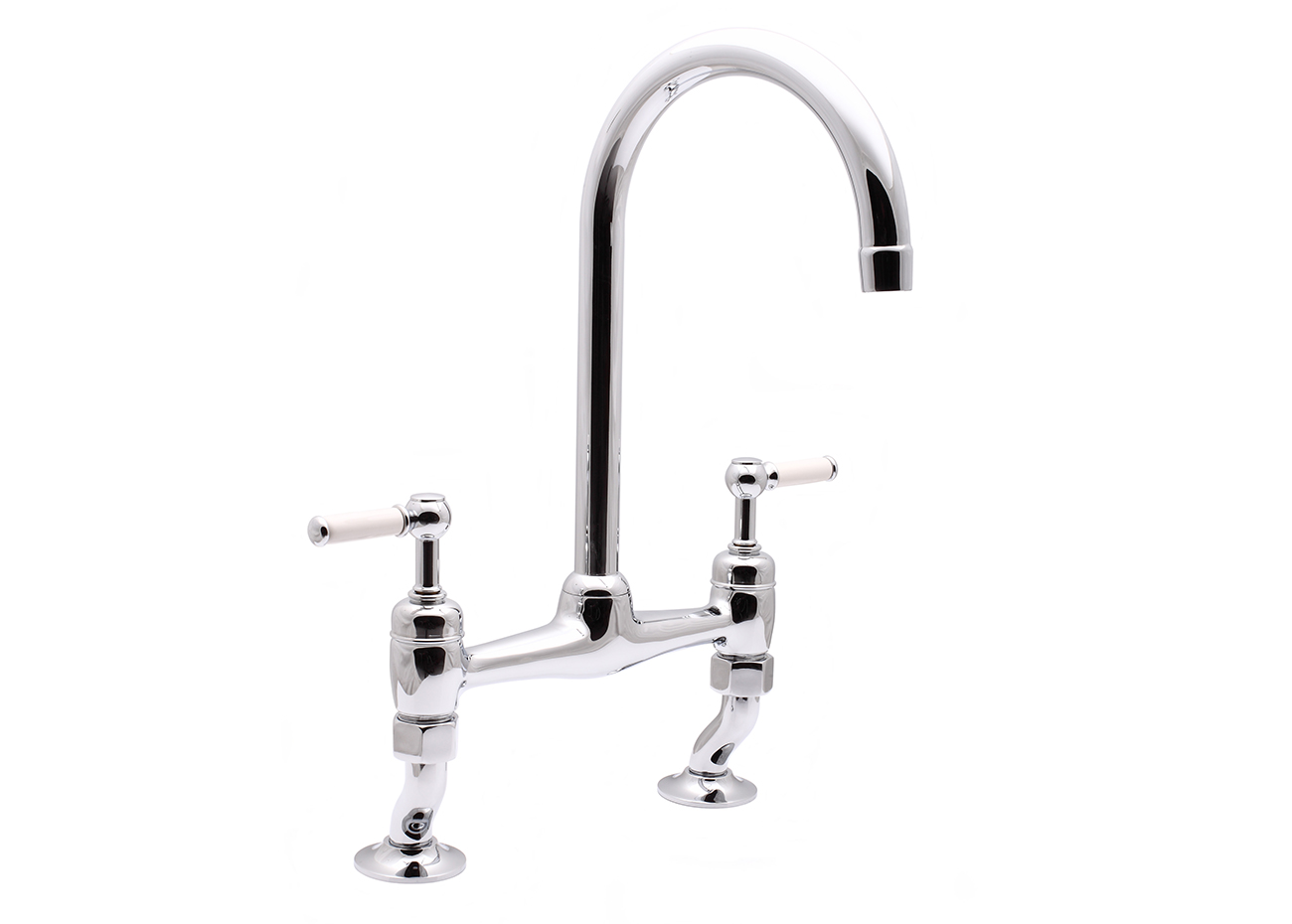 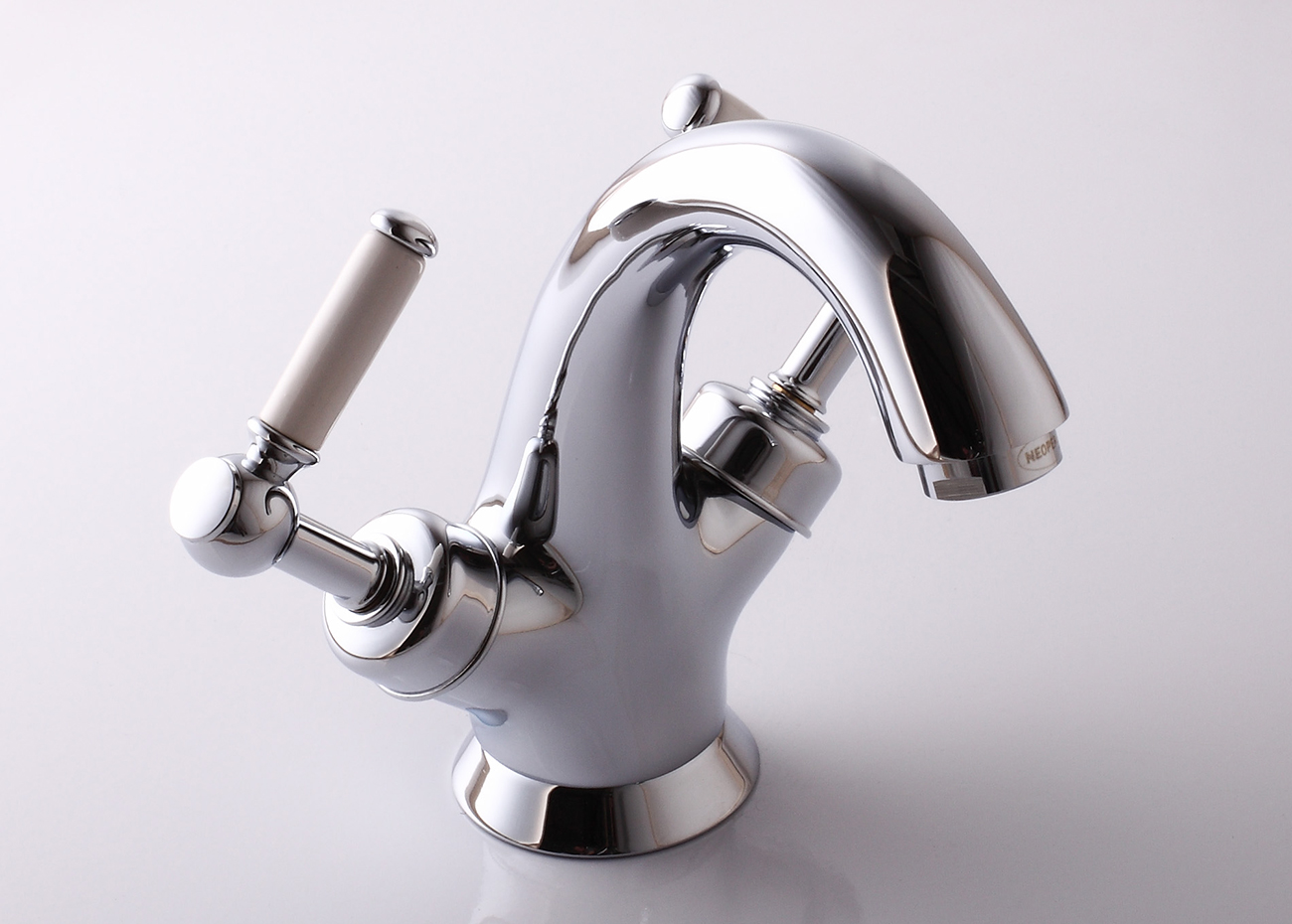 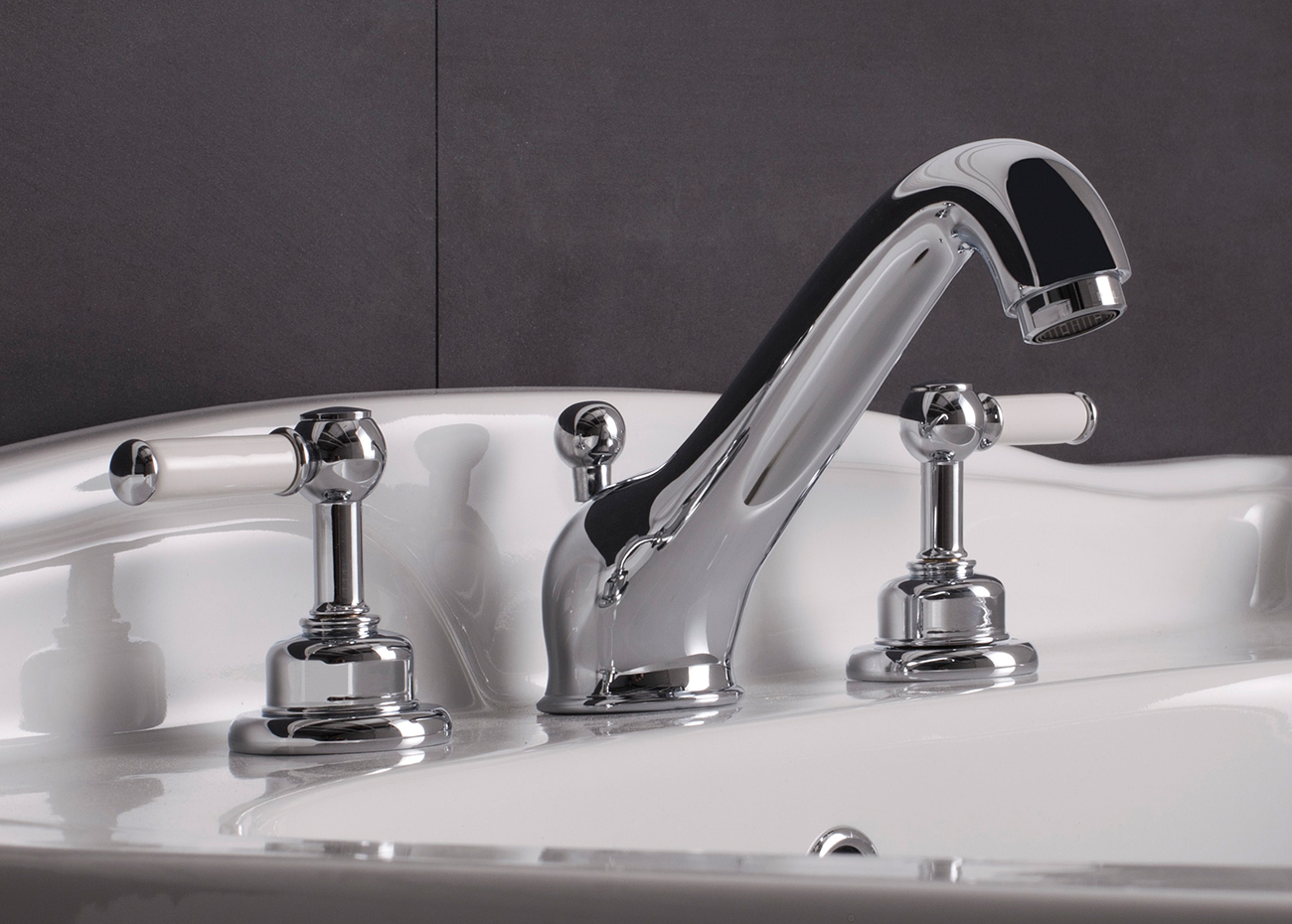 Simple, understated and elegant and an absolute joy to use – especially for little hands. Manette’s ceramic china levers are easy to swing into position, they’re a pleasure to turn for all ages. Using the same quarter turn mechanics as the Amie range, some would argue Manette is the best a bath can get.

Manette Mono Basin & Mono Bidet Mixer
Manette mono basin mixer and bidet mixer can be used on any single tap hole basin or bidet. The smooth action, quarter turn valves are a joy to use. Supplied with a pop-up waste.

Manette Basin Pillar Taps
The Manette basin pillar taps are beautifully simple and a joy to use. Use with any two tap hole basin.

Manette Concealed Basin Filler
Albion’s manette concealed basin filler gives a clean simple appearance. The inner workings are all hidden within the bathroom wall – all that is visible are the valves and spout.