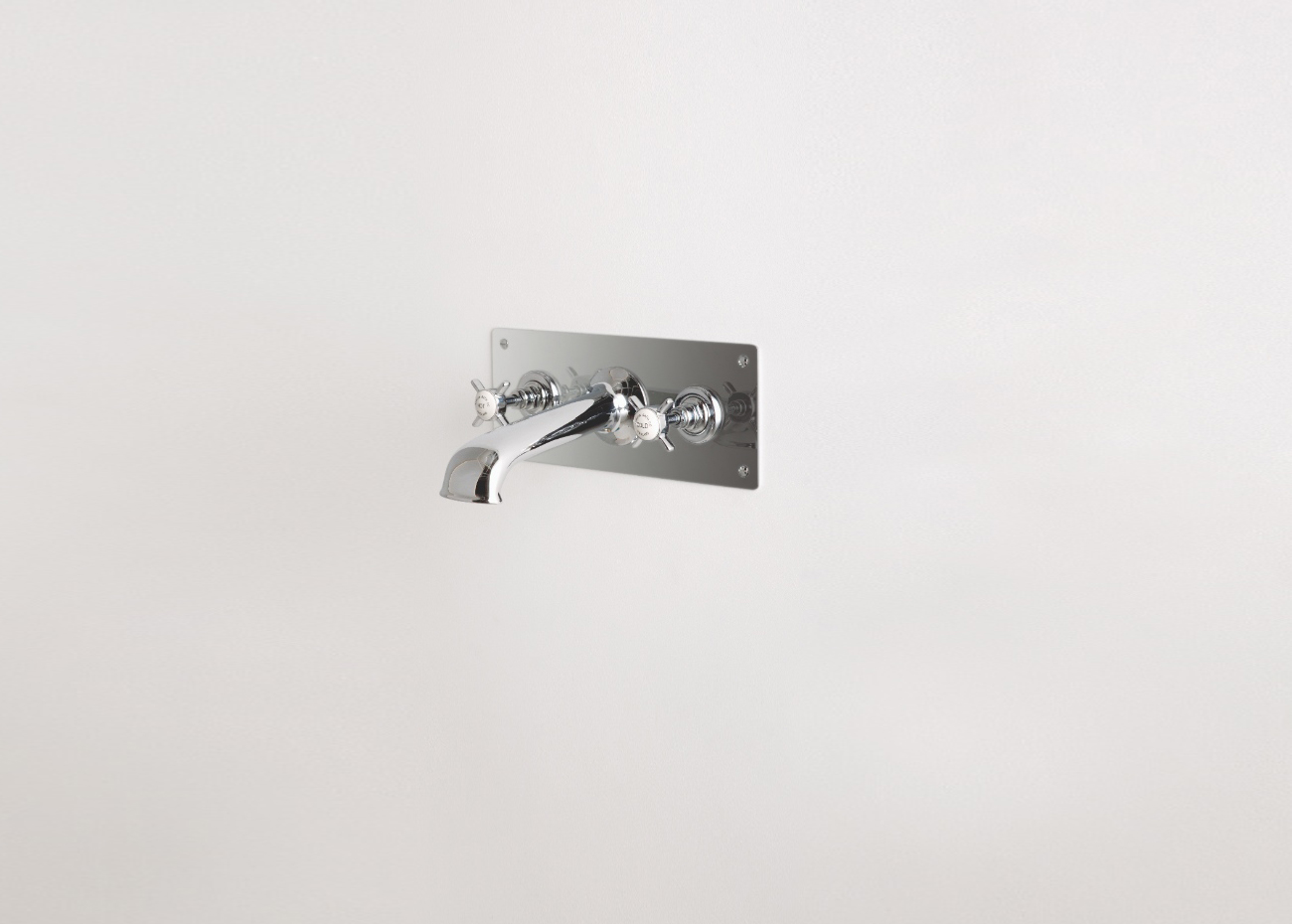 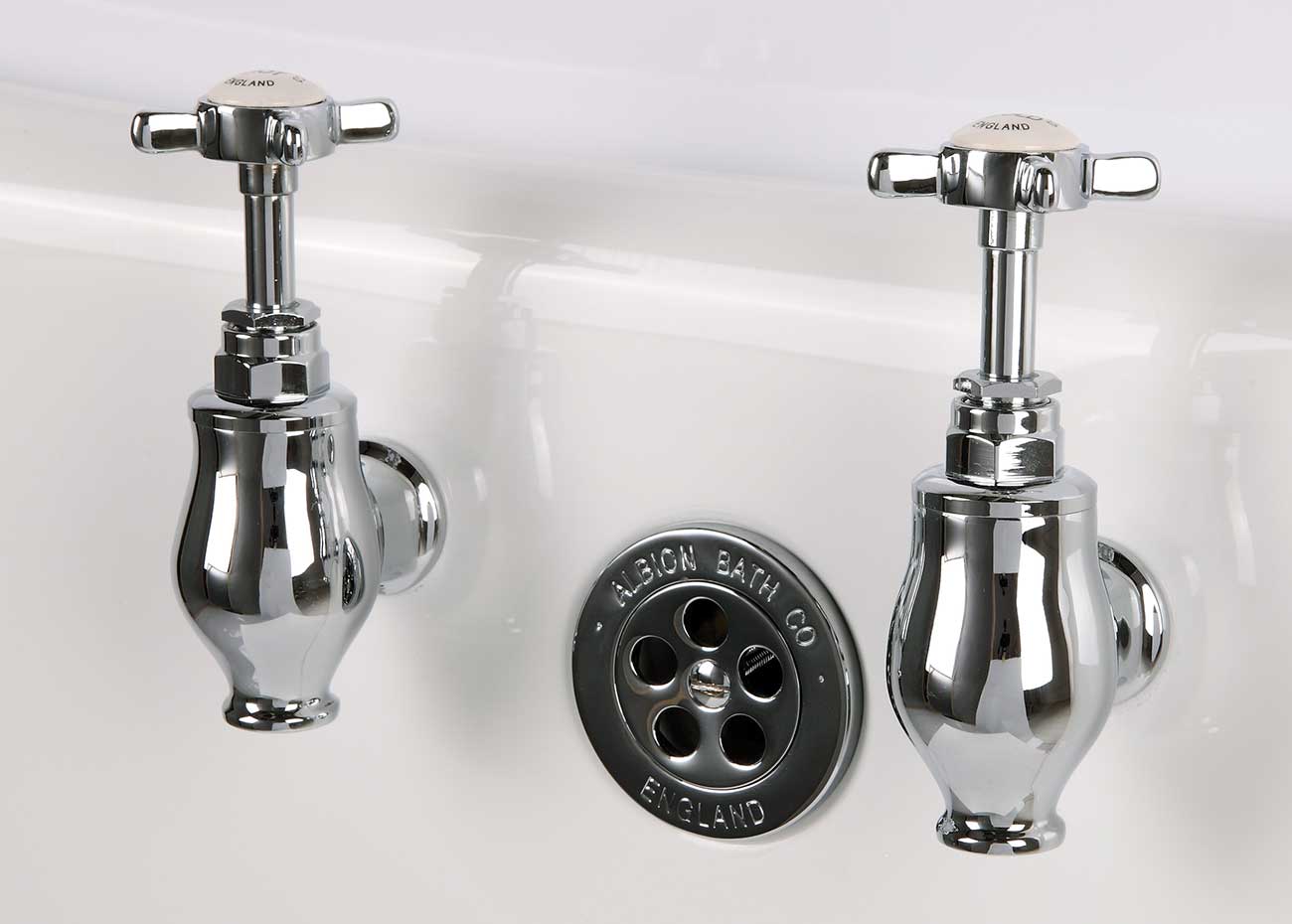 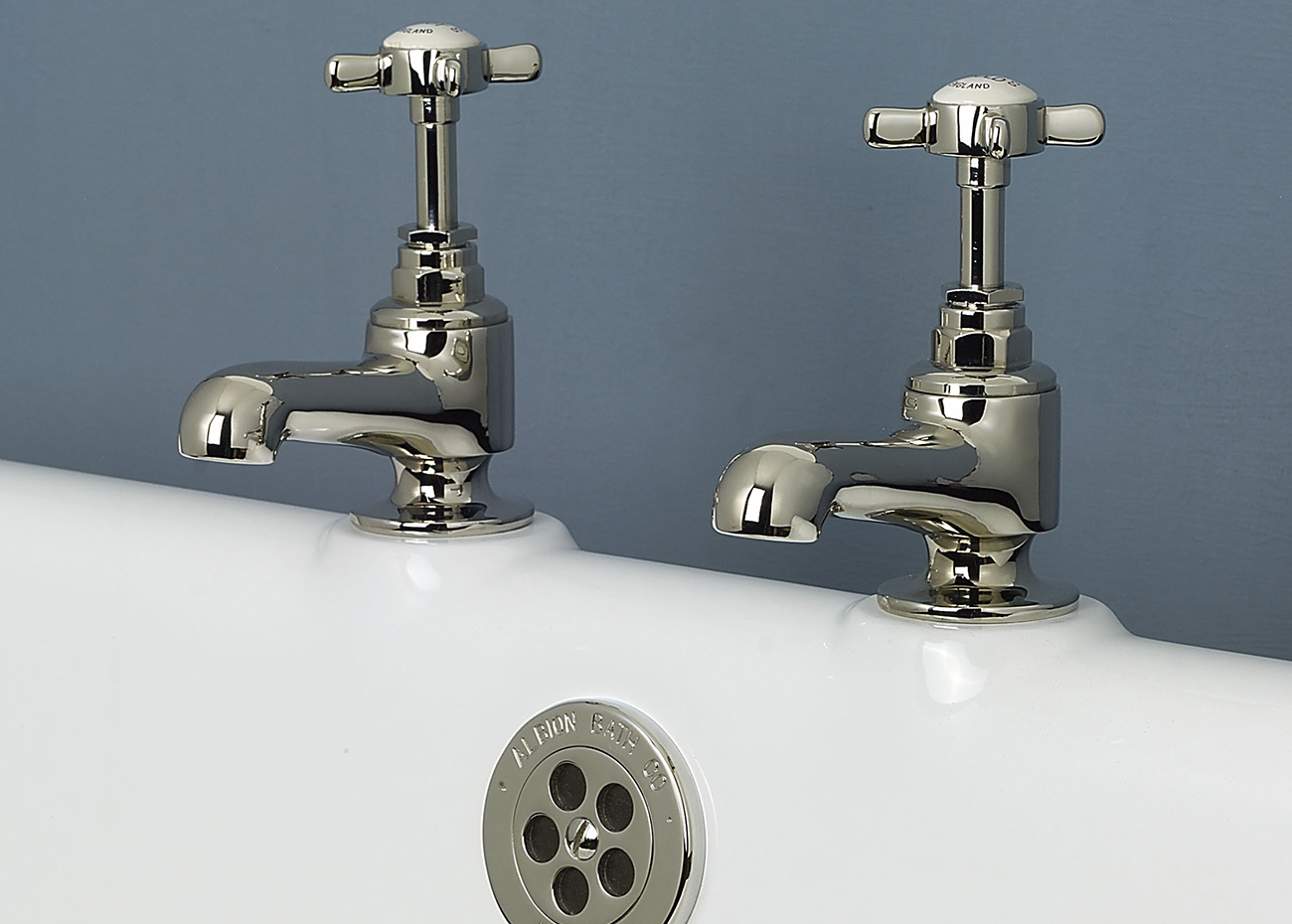 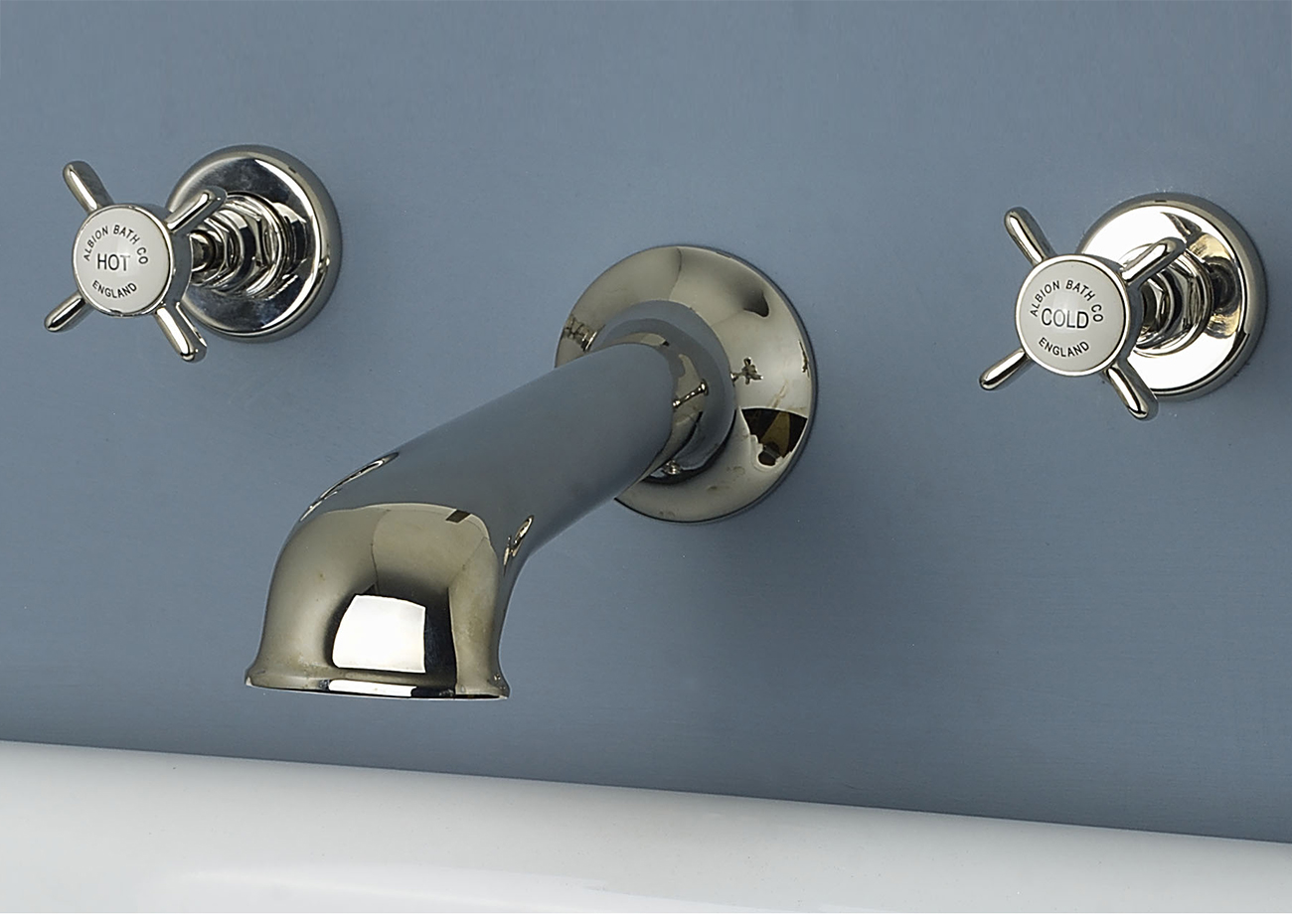 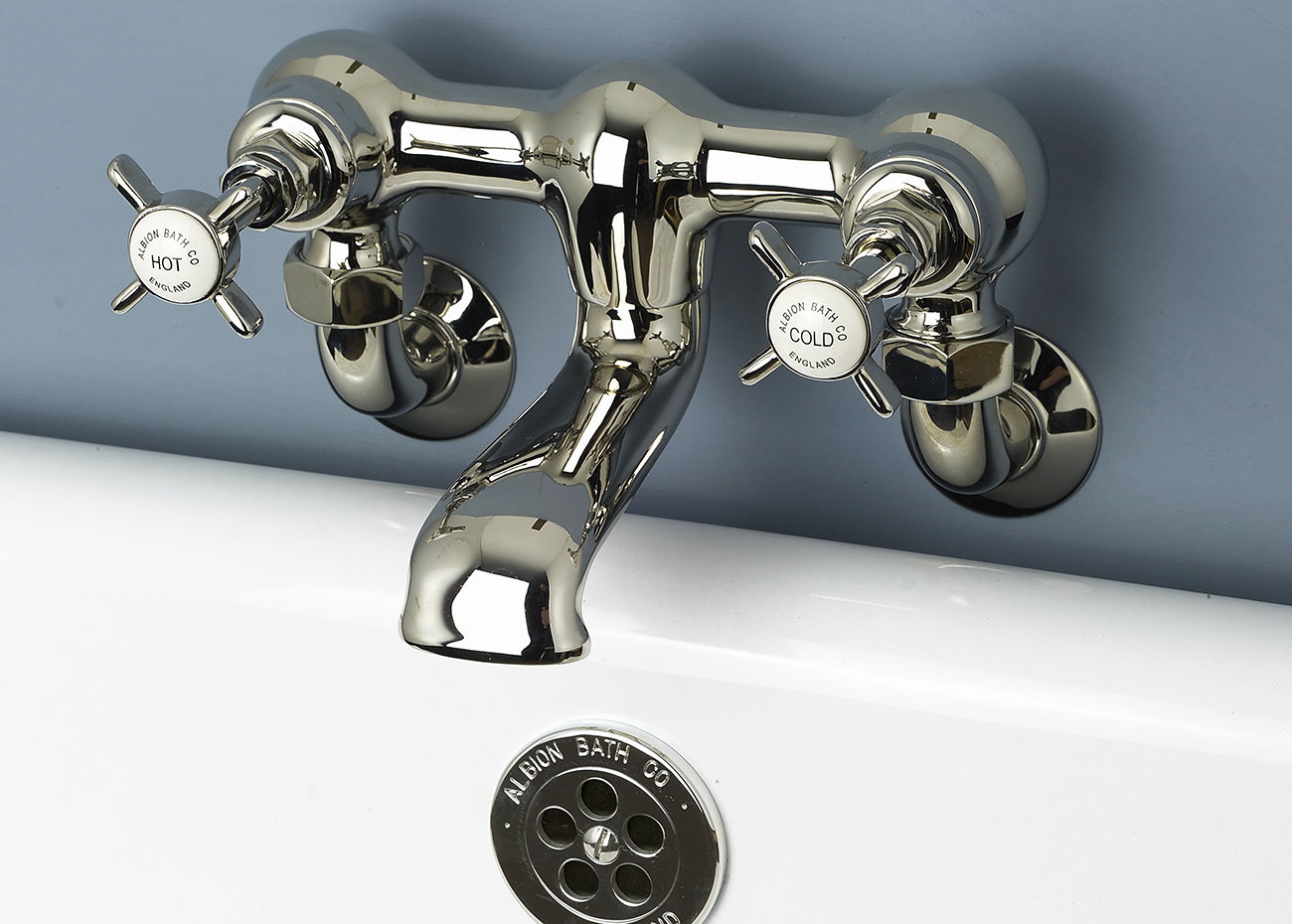 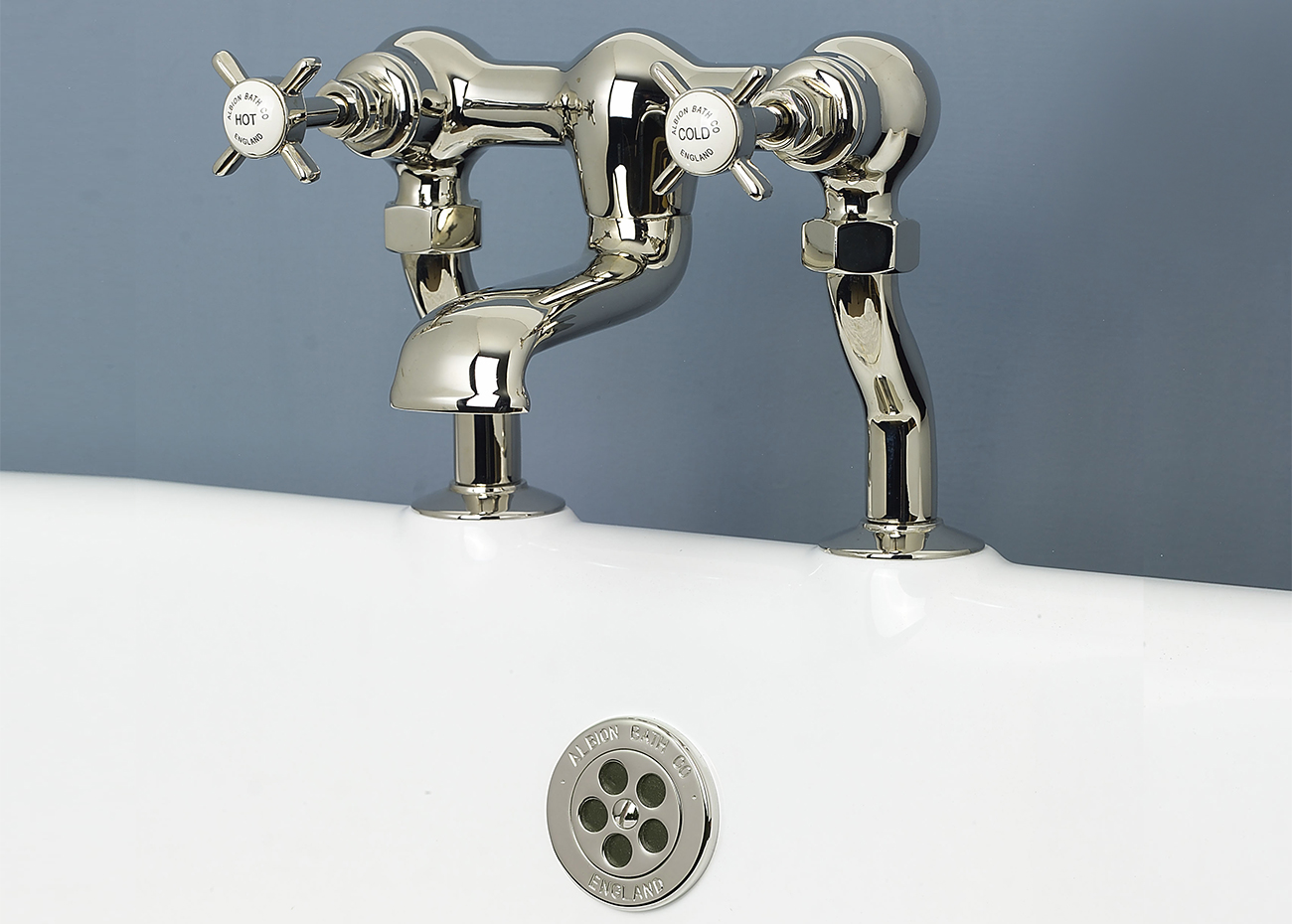 Beaufort is precisely machined and forged, old school style combined with traditional craftsmanship. The valves provide a reassuring action to the water control, smooth yet solid and substantial. Coordinate the entire bathroom with Albion’s Beaufort products. No longer do you have to mix the bath and basin taps with different looking shower valves. The Beaufort range is available in either hard chrome or bright nickel.

Beaufort Bath Globe Taps
The ‘propellor headed’ Beaufort globe taps provide the ideal solution for mounting on the inside wall of your bath tub.

Beaufort Deck Mounted Bath Filler & Shower Mixer
The Beaufort deck mounted bath filler allows you to mount your taps on the rim of your bath tub, as with our Geminus bath tubs, or on stylish standpipes while maintaining a chic design.