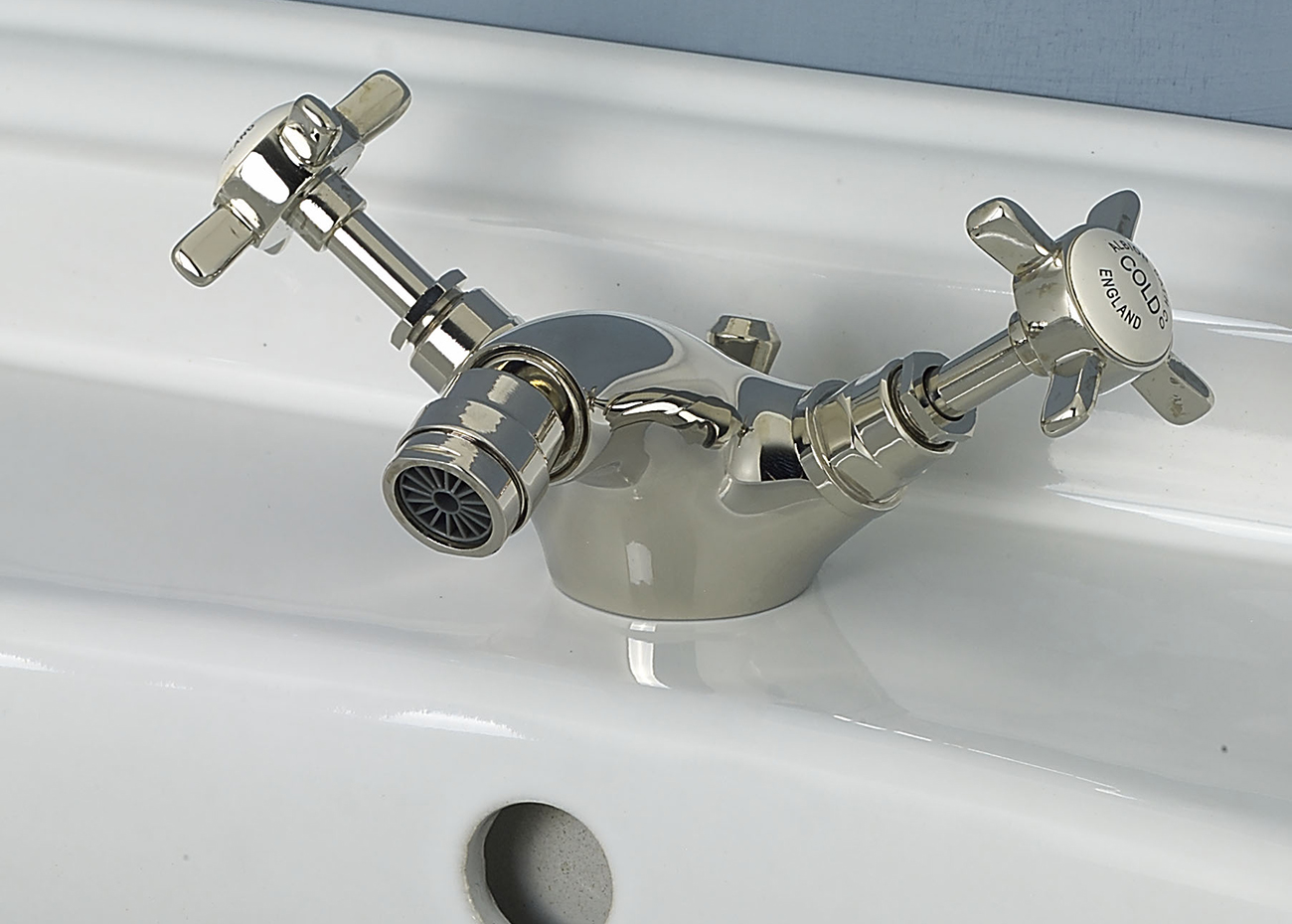 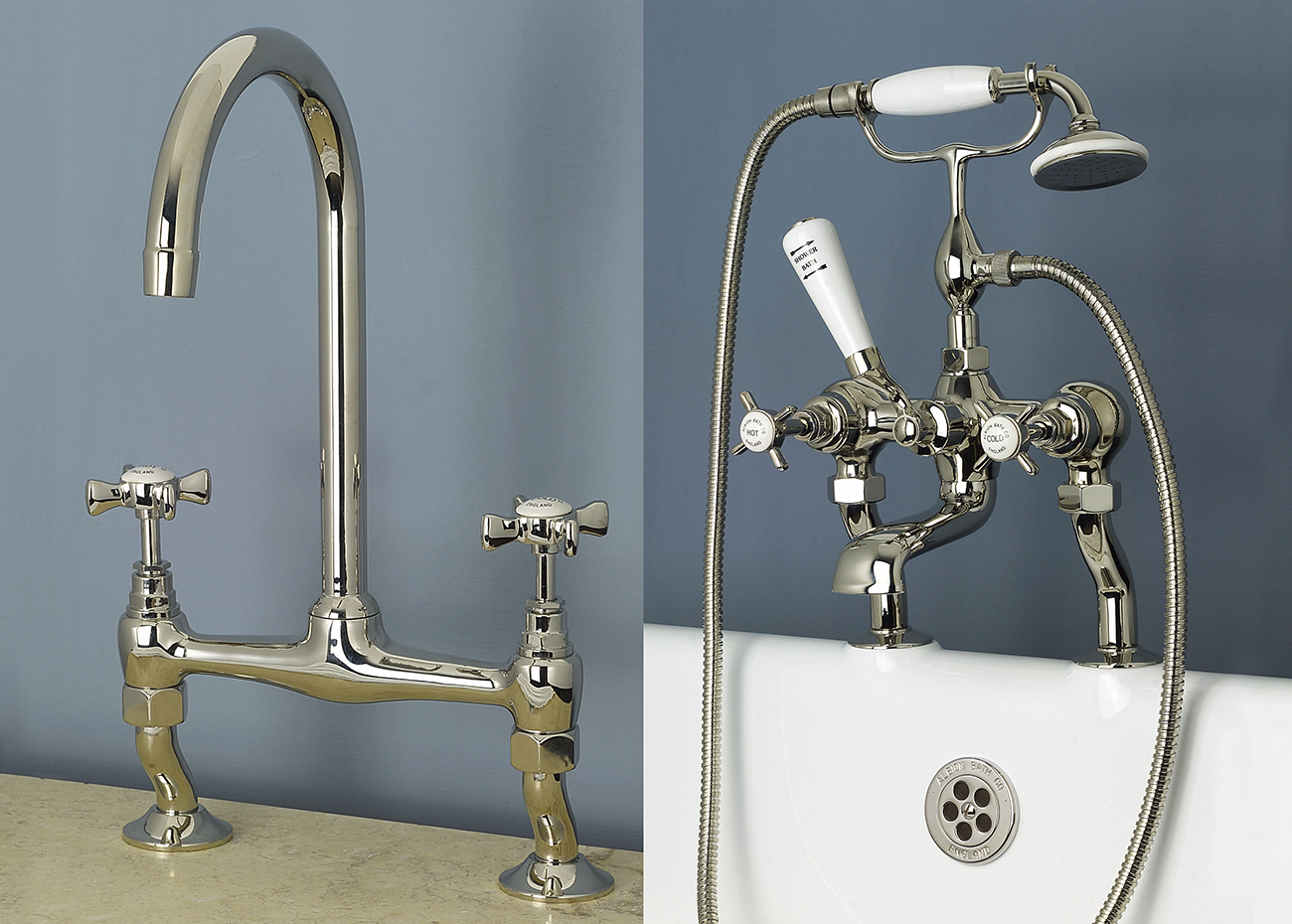 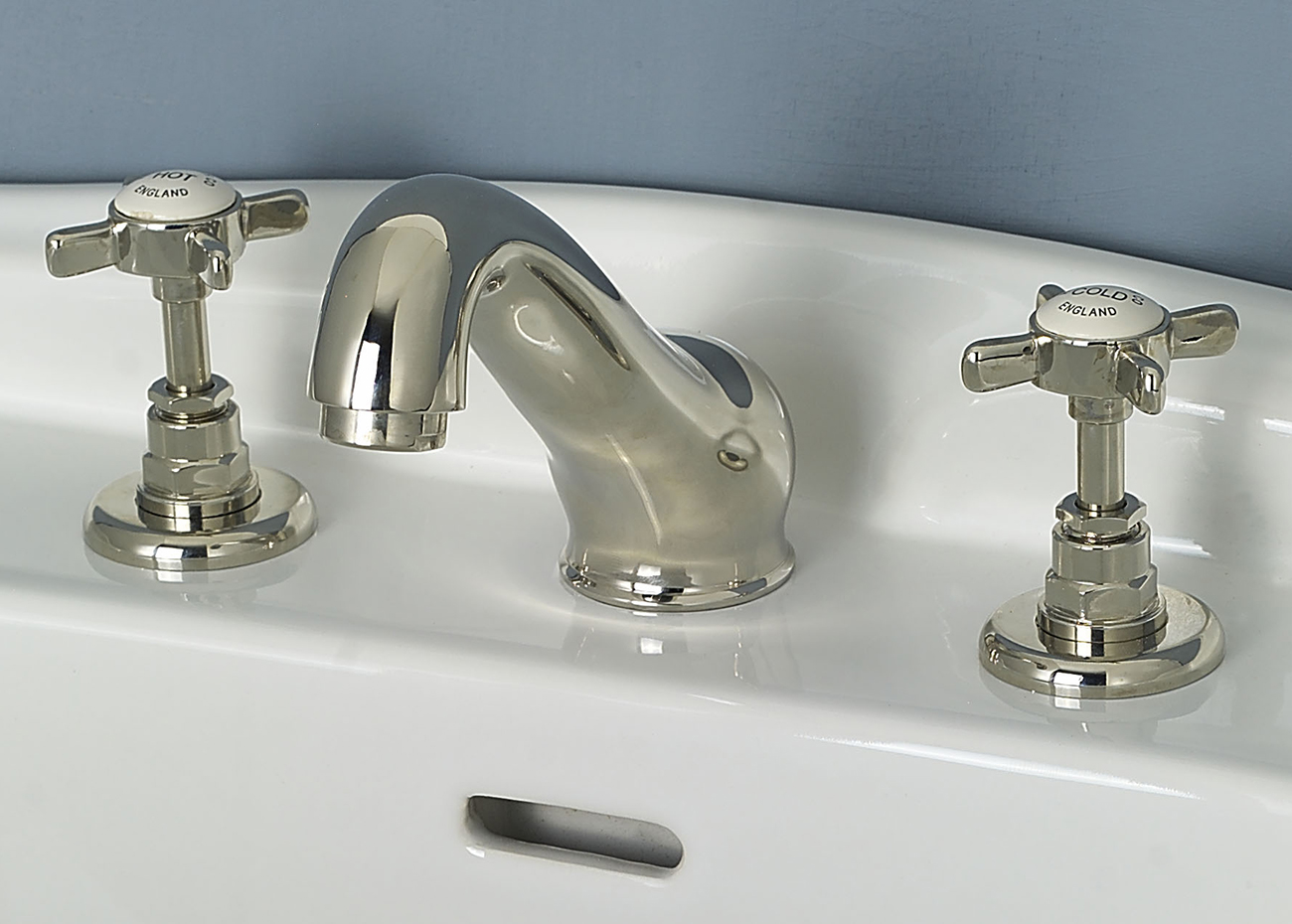 Beaufort is precisely machined and forged, old school style combined with traditional craftsmanship. The valves provide a reassuring action to the water control, smooth yet solid and substantial. Coordinate the entire bathroom with Albion’s Beaufort products. No longer do you have to mix the bath and basin taps with different looking shower valves. The Beaufort range is available in either hard chrome or bright nickel.

Beaufort Basin Bridge Mixer
Albion’s Beaufort basin bridge mixer tap is ideal for use with vanity units or basin stands that utilise surface mounted bowls, such as Albion’s Tuscany range. The swan-neck spout allows for extra clearance over the bowl.